I only discovered hot crossed buns about 10 years ago. They were not part of my childhood growing up in America so it wasn’t until I met Stuart that I learned about this traditional bun served at Easter. He loved them but they are a minefield for migraine sufferers. I had to completely re-dux every recipe that I found and it’s taken me a good five years to finally perfect it. I’m delighted to share it with you. 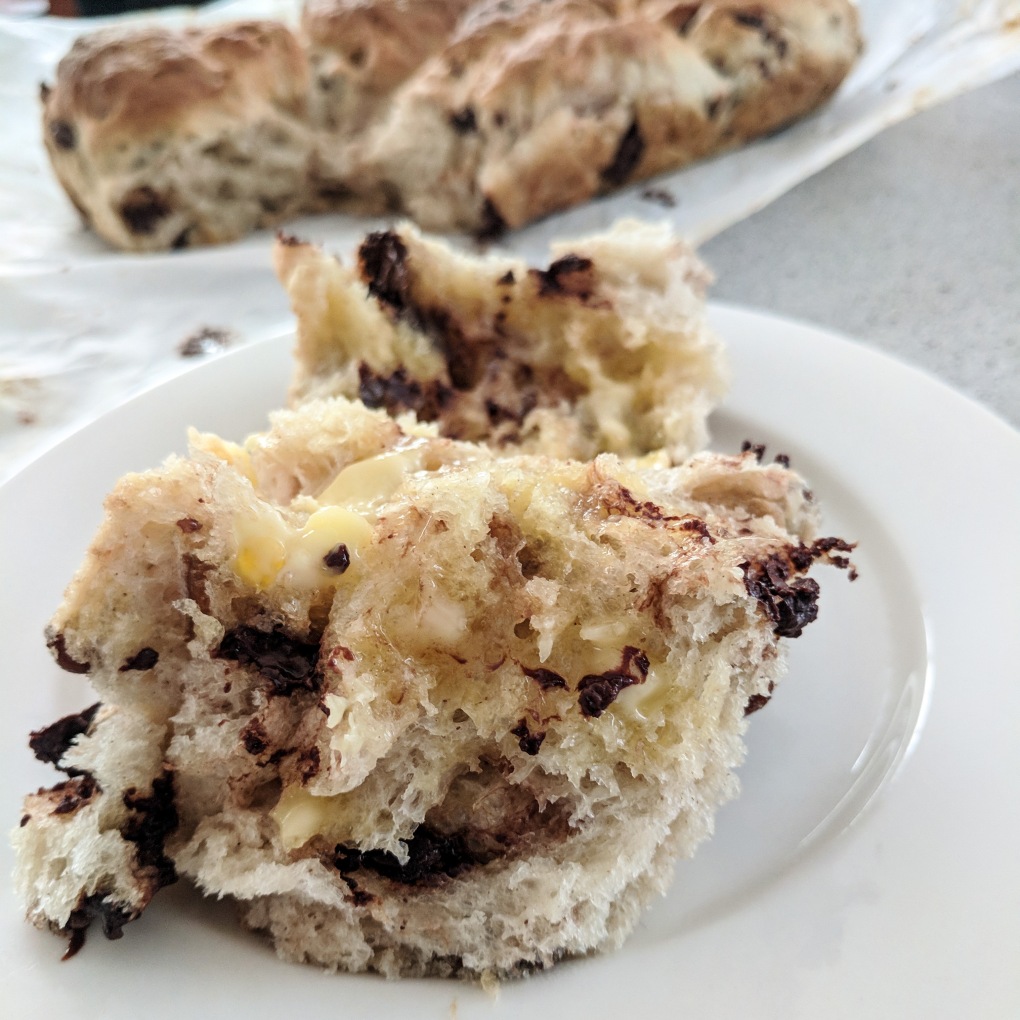 To make hot cross buns migraine-friendly I had to first change the dried fruit. Traditionally the buns have citrus peel which is a migraine trigger and sultanas, which Stuart doesn’t like. I’ve substituted in preservative free apricots.  The addition of dark chocolate, which is not a migraine trigger makes these extra special.

The next problem to overcome was the spice mixture. I found that Chinese 5 spice gives them a more mild spiciness. And I’ve given up on making the crosses as they are filled with a flour paste. I think it detracts from the bun. I have seen some recent variations using patrissire cream for the cross that I want to try. I’ll let you know how it goes.

The final hurdle to overcome was their hockey puck consistency. I wanted my hot cross buns to be soft and fluffy. Something reminiscent to American cinnamon rolls. And last year I stumbled upon the technique that Chinese and Japanese bakeries use to get that super soft bread – tangzhong. It’s a water roux and if you’ve made gravy before then you know how to do it. It’s just a matter of adding it in as a step.

Finally this year I perfected the baking by using my cast iron baking dish. If you don’t have one a cast iron skillet will work and is oh so trendy right now. It is so worth getting up in the morning and whipping up a batch of these for morning tea. Extras are great toasted the next day. Enjoy my friends. 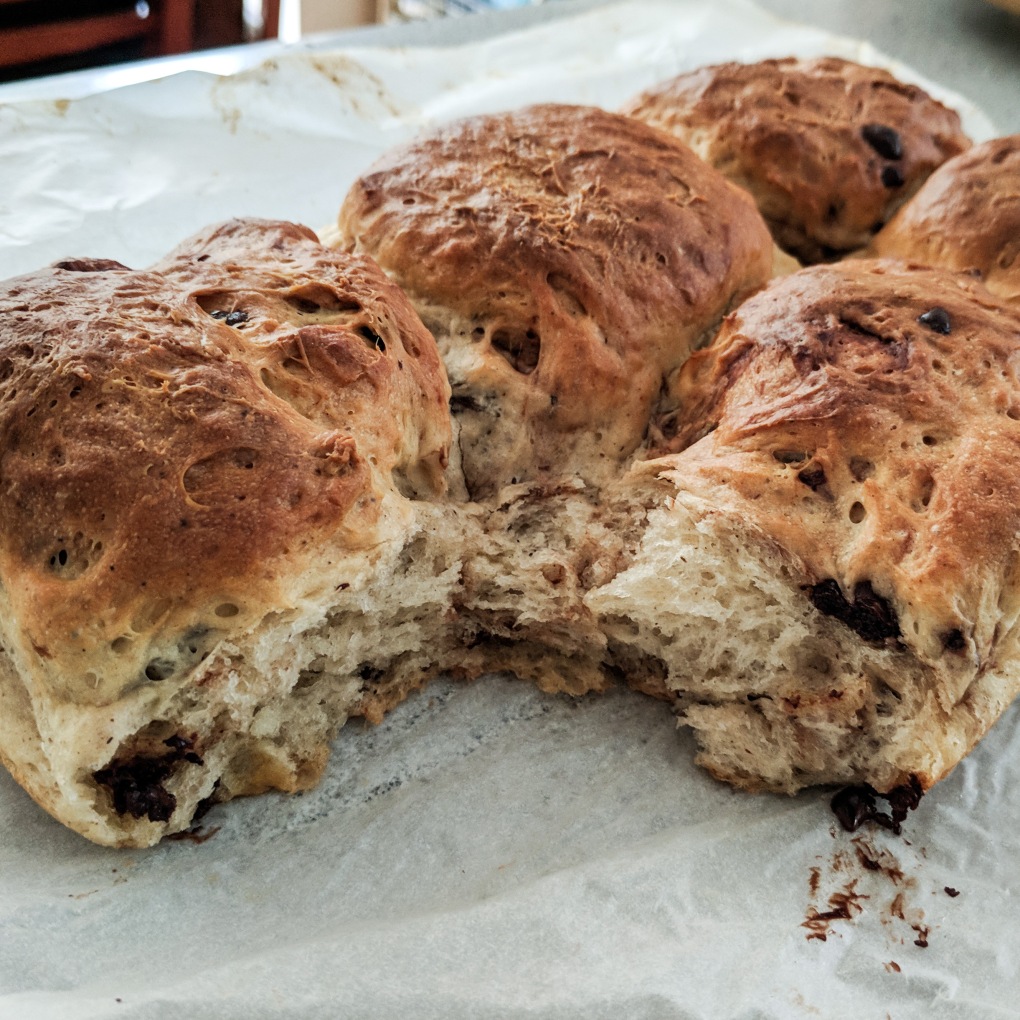 Required skills: boiling water; egg breaking with no shells in the bowl; using a measuring cup instead of eyeballing it; lining a baking tin with baking paper.

There are two secrets to great hot cross buns. The first is to use a tangzhong to make them fluffy instead of like hockey pucks. The second is to use a cast iron baking dish or skillet. This disperses the heat more uniformly and at a greater intensity than regular bakeware. 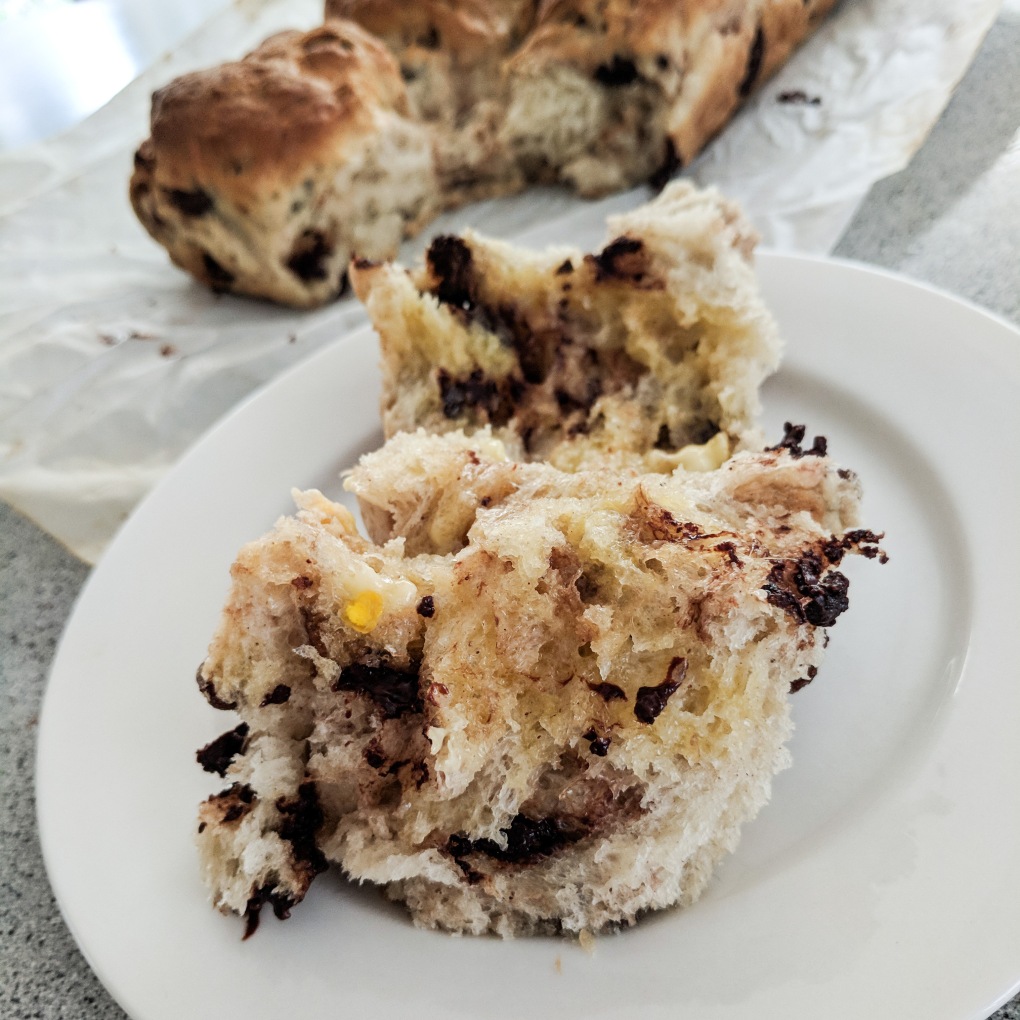 So my friends, why not check out what else has been ReDuxed this month at